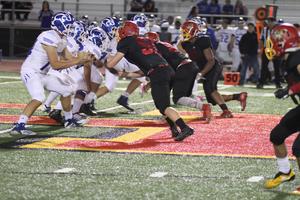 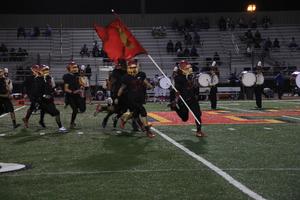 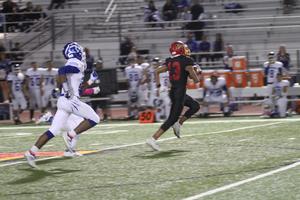 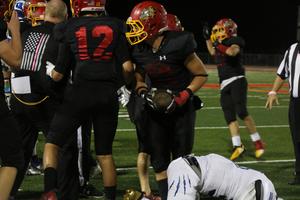 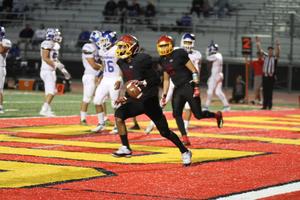 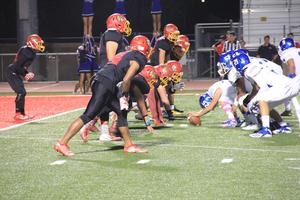 Hemet picked a good time to find its offense.

By ALLAN STEELE | asteele@scng.com | The Press-Enterprise

HEMET – Hemet picked a good time to find its offense.

The Bulldogs, who have struggled at times this season finishing off drives and finding the end zone, put together an impressive second half in Friday’s Mountain Pass League game against Beaumont, scoring 23 second-half points on the way to a 25-14 win over the Cougars.

The defense did its part, contributing a safety early in the first quarter, and then shutting out Beaumont in the second half as the offense finally turned the game around.

“We just made some adjustments,” Hemet coach Jason Thornburg said after his team went into the half down 14-2.

The Bulldogs (4-3, 1-1) put together an 80-yard drive to open the third quarter, with quarterback Nicholas Thornburg capping the drive with a 33-yard touchdown to Kyle Serna.

Down 14-9, Thornburg found speedster Dawson Powers down the left sidelines, and Powers bolted past the Beaumont defense for an 86-yard touchdown that riled up the home crowd and gave the Bulldogs a 15-14 advantage heading into the fourth quarter.

Beaumont (4-3, 0-2) continued the attack the Bulldogs defense through the air with quarterbacks Devin Dillard throwing the ball 39 times for 170 yard, and Edward McCulloch coming in the fourth quarter and driving the Cougars deep into Hemet territory.

After a 31-yard field goal by Daniel Reyes extended the Bulldogs’ lead to 18-14 early in the fourth, the Cougars marched downfield and had a first-and-goal at the Hemet 3-yard line, but the Bulldog defense held, stopping two consecutive pass plays from the 1-yardline.

“Our defense has been great all year,” coach Thornburg noted. “Even the 36-0 against Citrus (Hill) last week, they played great.”

The goal line stand came with 6:50 left, so the Cougars still had time to cut into the lead, but Hemet again turned up its offense with Thornburg hitting Serna for a short touchdown with 3:54 left. The big play in the 99-yard drive was a 79-yard strike over the middle to Jeremiah Graves to set up the score.

“I think finally our offense and defense started clicking together and our special teams,” Thornburg said.