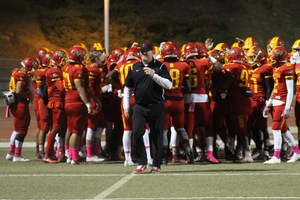 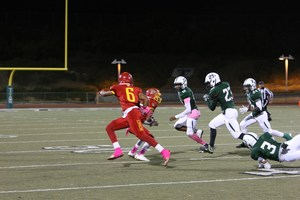 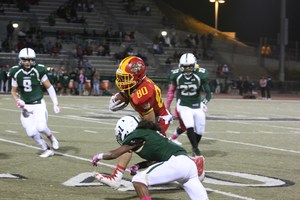 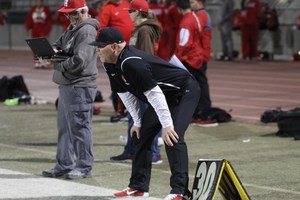 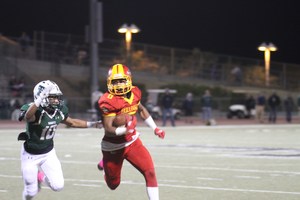 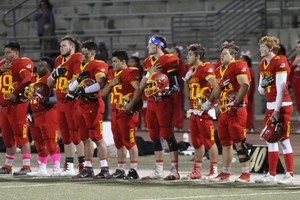 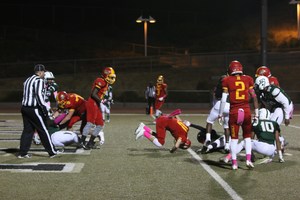 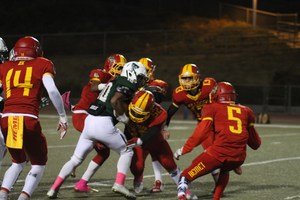 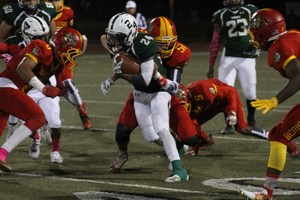 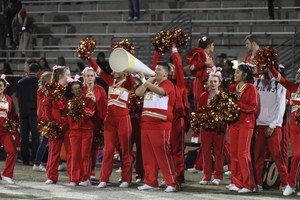 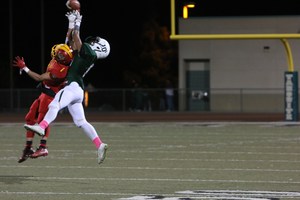 Hemet High School traveled to and took on the Tahquitz Titans in a Mountain Pass League game where both teams were looking for their first league victory. It was also the first leg of the Ramona Cup games featuring all HUSD valley high schools in their quest for the valley championship.

The Bulldogs started out strong and started to click on a multiple of plays using a variety of players as they went down the field and scored on a pass by quarterback Nick Thornburg and an acrobatic reception by Kyle Serna. The defense stepped up it’s game with some punishing blows and the game went according to plan for the entire first half. After the defense once again stopped Tahquitz on their own six yard line, and had a three yard punt, Hemet was up 17-0 at the half after a field goal by Wyatt Salinas.

In the third quarter, the Titans made some adjustments and came out with their sweep plays and chewed up huge yardage as they marched to the end zone. However, the Bulldogs defense bent, but it never broke, as the Titans had first and goal on the one yard line. The Defensive line packed the middle pushing the ball back a yard; next was a play the Bulldogs tackled the back in the backfield for a loss; another stop by the D-line and then on forth and goal, Hemet came up with a big interception, stopping the threat.

The Bulldogs defense continued to stifle the Titan offense and Hemet scored one more time to shut out Tahquitz by a final score of 24-0. Hemet had 16 first downs in the game.

Next up for the Bulldogs is a game with West Valley at the Canyon. If Hemet wins, they will lay claim to the Ramona Cup.