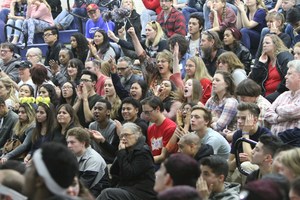 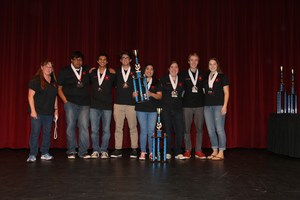 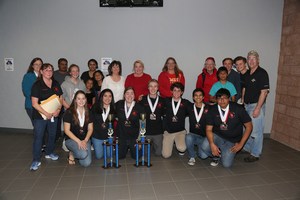 It’s first time in 20 years that a Hemet school did not win the county decathlon.

In that event, Elsinore High placed second and Hemet High came in third.

The county will announce the official Super Quiz results – as well the overall winners – Thursday at the National Orange Show in San Bernardino.

A second team from Chaffey took third in the Super Quiz.

“The kids worked really hard, and this group especially wanted to show what we can do,” he said.

The winning teams will represent the Inland area at the state level March 23-26 in Sacramento.

Some high-scoring runners-up also will be invited.

Winners there will compete at the United States Academic Decathlon on April 20-22 in Madison, Wis.

Both competitions, with a World War II theme, opened Jan. 28.

Teams consist of nine students who are divided into honors, scholastic and varsity squads based on grade-point average.

The team from Elsinore High School in Wildomar shows off ribbons, a trophy and a ceremonial check after winning the Riverside County Academic Decathlon at Beaumont High School on Saturday.