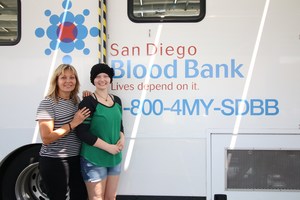 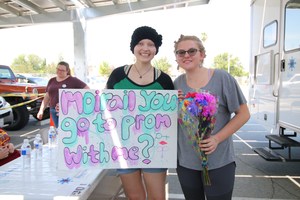 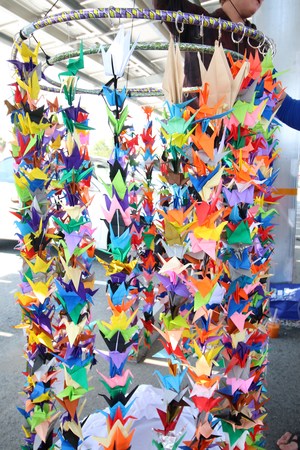 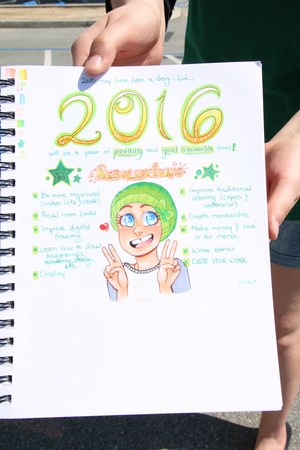 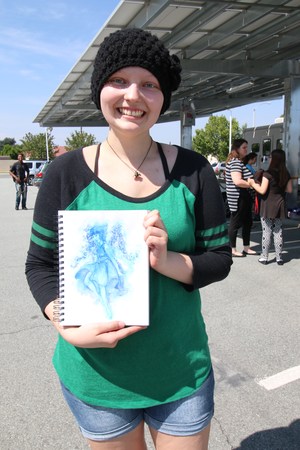 Hemet High student with cancer gets a surprise from her fellow classmates.

Cassiopia (Cassi) Tichy, a Hemet High School student, is diagnosed with Ewing’s Sarcoma. This form of cancer is the second-most common cancer found in teenagers. It attacks the soft tissue and bones throughout the body. On Wednesday, May 11th, the San Diego Blood Bank set up a blood and bone marrow drive for Cassi at Hemet High School.

Cassi Tichy is a Junior at Hemet High School. She played for her school’s tennis team, sang in the choir, and is a published artist. In April of last year, Cassi started having pain in her left hip. The pain continued and formed a lump in August. After many tests and doctor’s visits, a malignant tumor was removed from Cassi’s shoulder in September. It was around this time Cassi and her family were told she has Ewing’s Sarcoma. The cancer spread from her hip, into both her lungs, and externally to her shoulder. After multiple radiation and chemotherapy treatments her condition is improving.

Corrine Crater, a Hemet High teacher, heard of Cassi’s struggle and wanted to do something to help. She reached out to Cassi’s French teacher, Madame Connell, to create something that would show their support.  Cassi’s Aunt Kerri suggested to Crater they should build origami cranes. In Japanese culture it is believed that building 1,000 origami cranes will bring luck, prosperity, and recovery from an illness. In November, word spread throughout the campus, and teachers, choir students, and other classmates of Cassi’s began creating origami cranes. Crater said she received bags full of cranes, which she assembled onto strings to hang. The finished product was hung on the campus.

On Wednesday, during the blood and bone marrow drive, students presented the cranes to Cassi to show her she is not alone in her battle.  This was the first time Cassi was on campus since she was diagnosed. Cassi and her mom Ellen said the outpouring of friendship and support the community has given is truly remarkable and they are extremely grateful. Cassi hopes to return to Hemet High next school year to complete her senior year and graduate with her friends.

Despite the various treatments, Cassi’s friends wanted her to experience the typical life of a high school student. During the blood drive Cassi’s best friend, Rylee Thompson, asked her to prom. The two girls will attend prom with a group of their friends. Cassi said, she is looking forward to spending the event with her friends.

A total of 39 pints of blood were donated at the blood drive. An additional blood and bone marrow drive is set for Cassi on June 11th at Lake Elsinore Storm Diamond Club, from 10-6:00p.m. If you are interested in making a monetary donation to help the Tichy family with medical expenses, please visit their GoFundMe page. If you would like to donate blood or bone marrow for Cassi please contact Sue Forster sforster@sandiegobloodbank.org.